Do you know the renowned Dîner en Blanc® events? In 1988, François Pasquier had the simple idea of getting together with friends for a picnic in a public space and for everyone to dress completely in white so that they would recognize each other. The gathering gained momentum and friends began inviting their close friends, who then invited their close friends and so the event grew exponentially.

25 years later, the “simple” idea of getting together in a public space has become a worldwide phenomenon and organizers have taken it to the next level. The most beautiful places in Paris such as La tour Eiffel, Le louvre, Place des Vosges, Place de la Madeleine, Notre-Dame de Paris are being filled every year with thousands of people wearing white, sharing music, laughter and camaraderie.

For its 25th anniversary, the Festival du Bois introduced its first ever fundraiser and used the Dîner en Blanc® as inspiration but gave it a French-Canadian and more particularly a Plaid twist!  Dîner en Plaid honoured Maillardville’s logging heritage and culture (typically seen in plaid) and kicked-off the Festival du Bois’ 25th  anniversary festivities.

The evening was full of surprises with an unbelievable number of people attending in their plaid attire! At least 150 plaid shirts and traditional tartan kilt filled the room and there were many prize winners amongst them. The main plaid contest prize, valued at $450 was drawn at the end of the night just after announcing the arm wrestling and double buck saw contests winners.

The Festival du Bois‘ generosity went beyond expectations with their dedicated 50/50 draw to raise funds for the Scouts francophones of Maillardville. Almost, $300 was collected for the association whose mission it is to maintain and promote French scouting and to provide educational services in French to the youth of British Columbia.

With traditional food, a fabulous French Canadian Band called Bon Débarras and other entertainment on tap, Thursday night was filled with good cheer, good food and lots of colourful plaid! 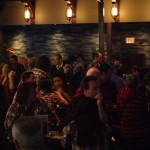 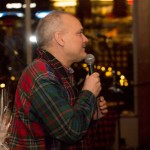 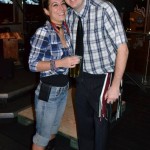 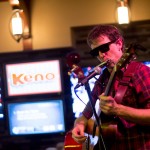 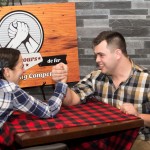 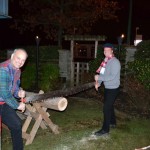 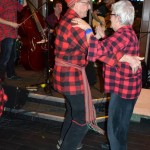 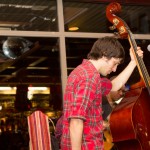 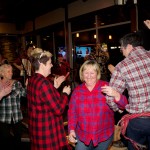