The New Westminster-Coquitlam Riding Association hosted a special town hall on the health and welfare of Canada’s veterans today and I am so glad I could take part in it.

The lively conversation was moderated by Ted Lau, President of the New Westminster-Coquitlam Liberal Party of Canada who was joined by 3 outstanding panellists .  The conversation centered on their concern that the current federal government is not fulfilling its obligation to those who served Canada in the armed forces.

Aaron Bedard who was one of the panelist, was able to discuss the personal implications of this failure by the government through his experience as a veteran of the war in Afghanistan.  Bedrard’s insight helped us to understand what veterans are hoping for should a change of government happen in 2015.

Gerard Lenoski, the vice president of the Equitas Society and MP Joyce Murray of Vancouver-Quadra were also included in the panel. 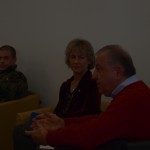 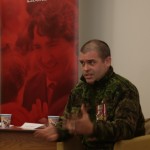 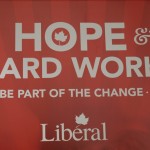 From the beaches of Normandy to the streets of Kandahar, Canadian veterans served bravely in the name of our country and it is our moral obligation to make sure they have the necessary support – not only around remembrance day but throughout the year! 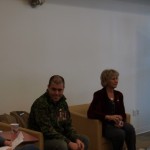 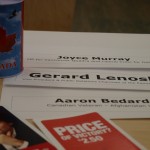 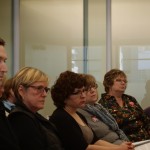 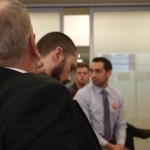 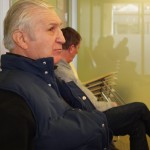 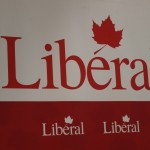