Time for Coquitlam to liberate local beers! From full-bodied ales to refreshing lagers, craft beer has evolved and nothing pairs better than a beer festival and a hot summer day.

For their first year, the Coquitlam Kinsmen International Craft Beer Festival chose Coquitlam Town Center Park as their home. The weekend was filled with independently owned and operated breweries and brewpubs in BC which allowed guests to experience the diversity and innovation of 35 + local brewers.

The overall experience was splendid as we got to the gate and collected our four-ounce plastic glass. VIP wrist bands were placed on our wrists and the first few tokens were given to us. Most breweries asked for a token per tester and featured at least 4 of their own creations, so it was understood very quickly that most people wouldn’t be driving at the end of the day.

For those who already knew most of the featured beers or simply wanted to catch up with friends, the VIP area was the ideal place to grab some food and a refreshing pint.

Coming from France, I will always consider a beer to be a laid-back relative of wine but beer can definitely offer as much complexity as some of my favourite wines. This is no better way to learn about flavor combinations than going to a festival full of experts and passionate brewers. I am glad I made the time to go and would recommend beer lovers (and others) to join the festivity next year. Should you want to try most of the available beers, I’d advise you to bring a couple of friends to share the testers as a 4-ounce glass may seem small at first but if you wish to try 12 or 15 different types of brew, you’ll be grateful for the advise.

The event shows once again that the enthusiasm for craft beer has exploded, and a quality craft beer pretty much awaits anywhere you go. Cheers! 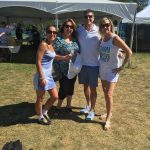 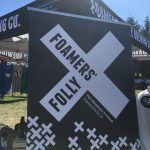 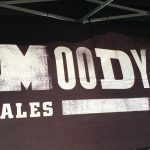 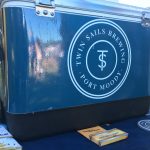 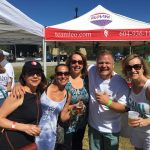 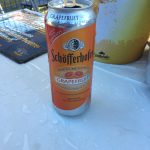