We have all heard that travelling is the only thing that you buy that makes you richer and it’s so true!

Travelling satisfies your curiosity on so many levels and after a journey of three weeks in the Balkan peninsula, we came back with vibrant memories, new friends and aspirational travel plans.

What I wasn’t expecting though, is the impact that one specific stop would make on me – Sarajevo.

My first interaction with the city was on an aesthetical level when on day 1 we visited Trebvic mountain and stumbled on the off-limits forests. Yes, that’s true, even though it’s been more than two decades since the war in Bosnia-Herzegovina ended, some areas remain plagued by mines and other live bombs.
From Trebvic, I was immediately enchanted by the city. The way it’s engraved in the mountains, the mix of architecture (Ottoman and Austro-Hungarian) and the people. Little did I know that this lovely connection with this spectacular city was going to be much deeper and change me forever.

To my shame, or rather to the shame of the French education system, I had barely any knowledge about Yugoslavia, the Yugoslav wars nor the genocide of 1995. I was not completely oblivious which is probably why I had longed for and planned the visit to Sarajevo. I knew about the dissolution of Yugoslavia and remembered watching the Bosnian war on the news on TV in 1992 (even if I was only 11 years old) but I really didn’t know and understand. This was one of the reasons why we chose to visit Galerija 11/07/95 – an exhibition space aimed at preserving the memory of the Srebrenica tragedy.

I knew that this institution was dedicated to a different topic than the usual museums and galleries that I go to but I did not expect the visit to affect me the way that it did. So much so that I am still unsure if I’ll be able to verbally express my feelings and sentiments, but let me try.

It was soul destroying, heart wrenching, SHOCKING, and at the same time stunning, eye-opening and powerful. The horrors that are visited through multimedia content and the amazing photographs, can simply not leave you indifferent. The very well curated exhibition combined succinct historical and technical details with personal stories that shared the impact on people’s lives. After spending a few hours watching films made during the Siege of Sarajevo, and looking at Tarik Samarah artworks, I was without words.

I could not believe (and still can’t) that such dreadful events occurred so recently. Hadn’t the “international community” come together in 1945, and formed the United Nations, to prevent tragedies such as the Holocaust from happening ever again?

The harrowing and haunting experience has had a lasting impression on me, but it also helped me to better understand the city, the nation and the region as well as shape my perspective. I think it painted a more accurate color of the city, beyond all the beautiful touristic spots, the delicious smells and lively street events.

So should you ever go to Bosnia, don’t forget to dedicate a couple of hours to the Galerija 11/07/95 in Sarajevo and be prepared to be emotionally challenged. This small and powerful museum reminds us that the world we live in today is not free of tragedies and I’d like to think that the more we know about them e.g Syria, Yemen etc. the better we can handle them. 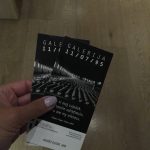 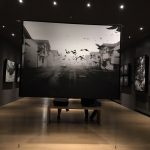 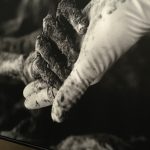 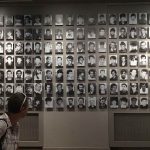 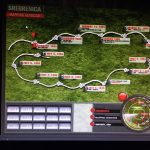 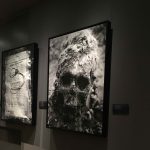 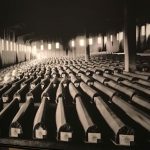 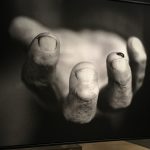 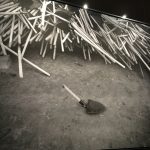 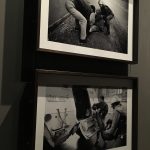 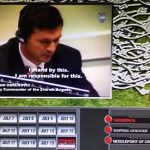 If only we could all sing like Pink!
The antidote to a public health emergency